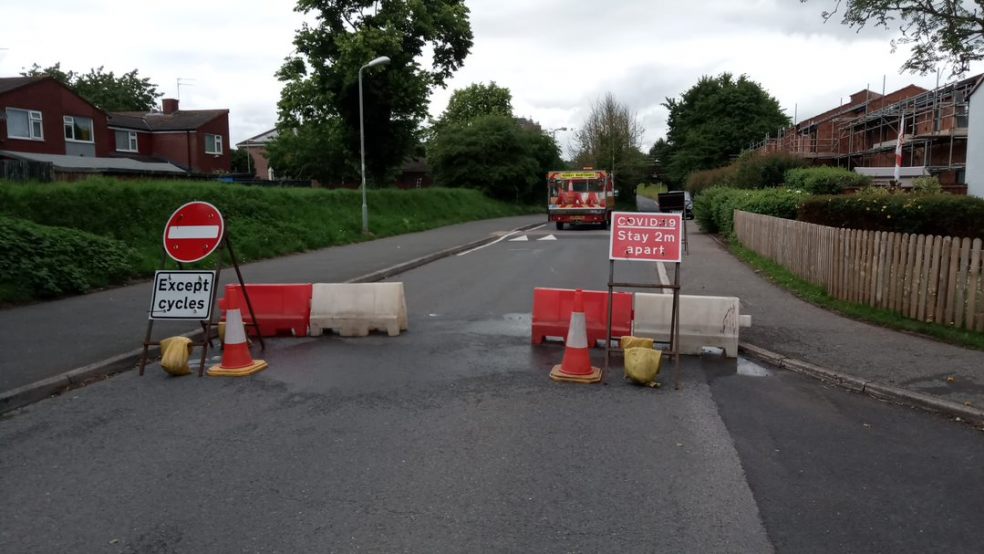 New temporary traffic calming measures to support social distancing and provide a safer environment to encourage walking and cycling in Exeter are now in place.

The changes are the first set of traffic calming measures along the E3 cycle route linking Heavitree and Whipton to the City Centre. The route also passes close to four primary schools, a secondary school as well as local parks.

The changes also include temporary traffic order preventing through traffic in several roads.

There is no through traffic allowed in Homefield Road between Bonnington Grove and Bicton Place. And along Park Place cyclists will now be allowed to travel in both directions.

The measures will be in place for up to 18 months.

The new measures will reduce traffic and create a cleaner, safer and quieter environment for cyclists of all abilities.

The E3 route changes are additional to several other schemes that have been put in place along the E9 cycle route on Ludwell Lane, Dryden Road and Wonford Road.

A one-way system with contraflow cycling is also in operation on Magdalen Road, helping key workers travelling to and from the RD&E Hospital and those working at Pynes Hill and Sowton.

“With that in mind we have been delivering these additional quieter routes through residential areas which we hope will encourage more Exeter residents to travel in a sustainable, safe and healthy way.

“At the same time social distancing requirements have reduced public transport capacity and these additional facilities will provide a safe and attractive alternative.”