Looking for something to do in Exeter? Whether you're a local, new in town or just cruising through we've got loads of great tips and events to offer. Find out what’s on in Exeter with our regularly updated events calendar featuring the best upcoming events in Exeter and the area.

This guide lists events at a glance, showing what’s on each month. See the highlights of What’s On for Exeter, featuring the best of things to do in Exeter – Live Music and Gigs, Family Events, Art & Culture, Food & Drink and much more. Exeter fundraisers and charity events.

Important This Event Calendar is not maintained on a daily basis and some events may have changed dates or are no longer happening. Please double-check the event websites for the most up-to-date information. 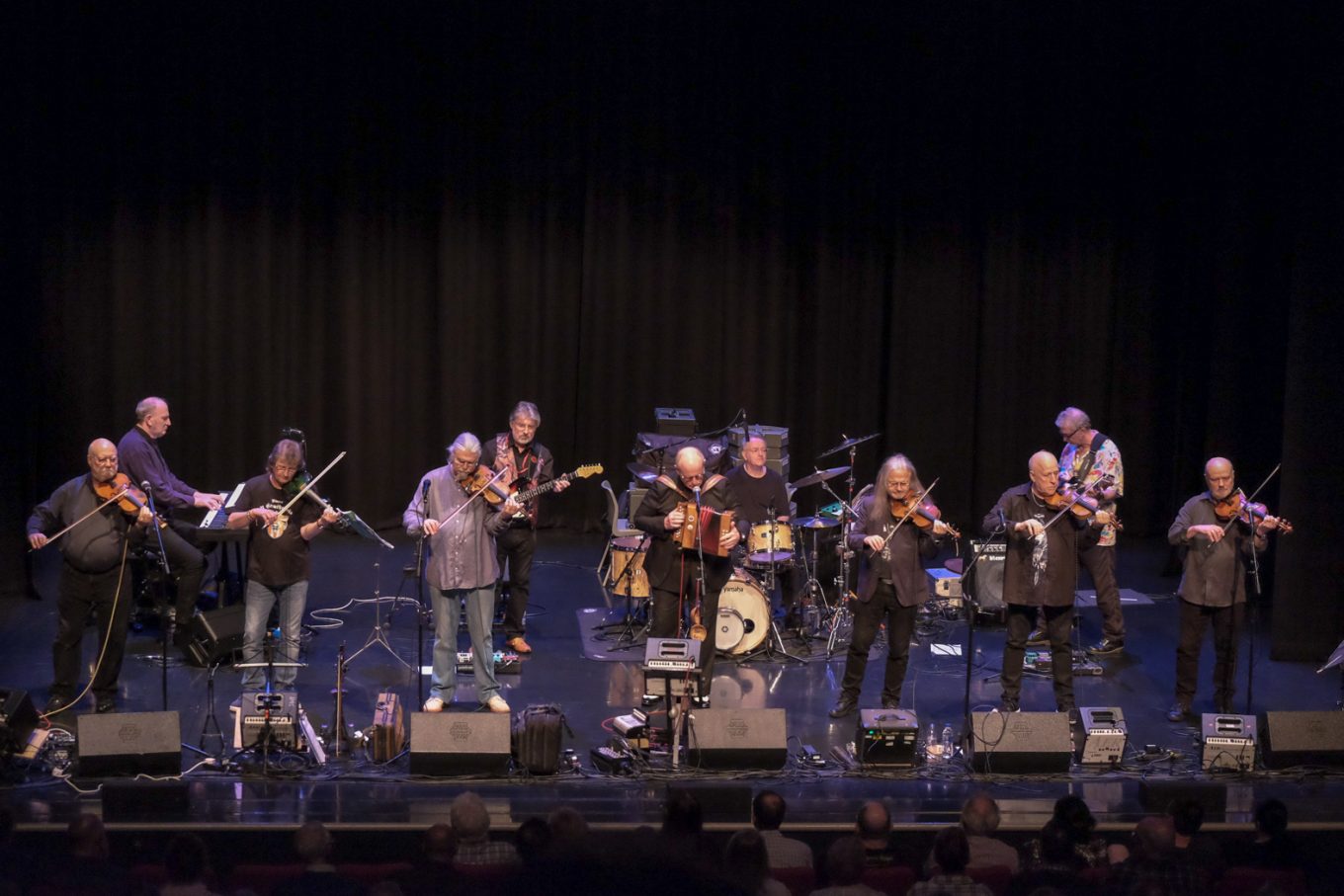 The covid pandemic forced the cancellation of two tours like for so many other bands but 2022 looks set to see this group of friends setting off as usual for their 27th tour.

What started as an idea in a folk club has become a national folk-rock institution.  Feast of Fiddles has been variously likened to a “group of geography teachers” or “Bellowhead with bus passes!” but doesn’t seem to be slowing down any.  A band that puts on a show of huge dynamic range performed with passion, joy and a liberal dose of fun.

Typically, fiddlers Peter Knight (Gigspanner, Steeleye Span), Chris Leslie (Fairport Convention),  Brian McNeill (Battlefield Band), Ian Cutler (Bully Wee), Tom Leary (Joe Brown Band) and Garry Blakeley (Band of Two) add the large range of fiddle playing styles to the rock back-line of guitars, keyboards, sax and accordion – all held together by legendary drummer Dave Mattacks. The band often has other fiddle players join them and Marion Fleetwood is one such expected to be involved. All together, a live music entertainment like no other on the circuit which is guaranteed to be enjoyed by even the most doubting of friends dragged along!

If you have an event, that you would like to be featured on our Events Calendar, please visit Free Event Listing.