Attractions and Places to Visit in Exeter

Exeter has plenty to do all year round. With a history that pre-dates the arrival of the Romans in AD50 Exeter's history is rich and long, and this is reflected in its fascinating heritage attractions. Explore Exeter's museums and galleries to discover more about the city's history with free admission. A great choice of family friendly attractions such as Crealy Great Adventure Park and the Royal Albert Memorial Museum offer fun and activities for all ages, or if you just want to relax with a picnic or let the kids run off steam, there are plenty of parks and gardens in and around the city centre.

The city welcomes hundreds of thousands of tourists every year on the lookout for the essential Southwest England Experience. Home to the Met Office and countless businesses, Exeter is one of the most buoyant economies in the country, and the new Science Park is bound to bring even more high-tech industries to the region. The town centre is simply bursting with history and it is difficult not to picture the visitors Exeter has played host to over the years, including Clark Gable, Thomas Hardy and Admiral Nelson to name but a few.

If nothing else were to be found in the city, a visit to here would be worthwhile for its stunning Saxon Abbey alone. Exeter Cathedral dates back to the 7th Century when the two towers were built - the nave then following during the 14th Century. However, the stonemasons who built this landmark Christian site also hedged their bets slightly too - the Cathedral has more depictions of the ancient Pagan 'Green Man' than any other church in the UK!

Head into Cathedral Green and discover a wonderful ring of charming historic buildings, which today house a diverse variety of art galleries, book shops, antique stores and pubs which appear to have been frozen in time. The area has in the large part remained practically unchanged in over a century. Britain's very first hotel can also be found nearby, the famous Royal Clarence. A stay here makes an ideal base to explore some of the nearby towns and villages such as Newton Abbot or Honiton (perfect for antique hunting and its famous lace), or as a gateway to dramatic Dartmoor just a few miles to the south. 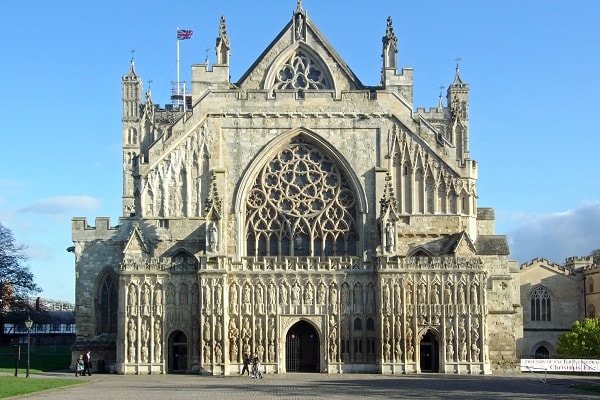 Magnificent in warm, honey-coloured stone, Exeter's cathedral is one of Devon’s most impressive ecclesiastical sights. Dating largely from the 12th and 13th centuries, the west front is framed by...
Read More

The imposing red-brick exterior looks every inch the Victorian museum, but a £24-million revamp has brought the exhibits bang up to date. Interactive displays focus on Exeter's heritage from prehistory...
Read More 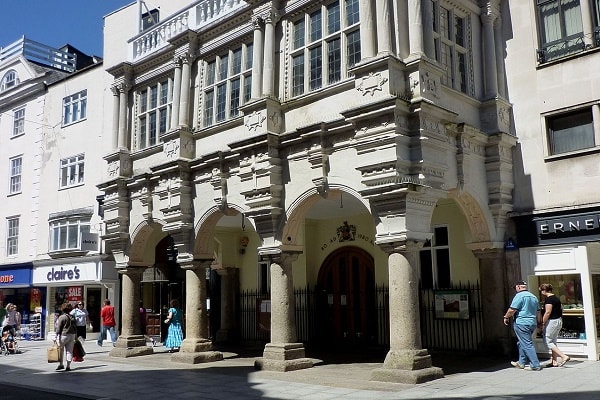 The Guildhall is a building of outstanding architectural interest, an ancient monument and a busy working building. It is still used regularly for civic functions, full meetings of the City Council...
Read More